A letter to the boys & young men of America.

A response to mass shooting in Florida.

The bodies aren’t even cold yet and already you are being blamed.

The boys and young men who will grow up to become one half of America’s future.
Once again, due to society’s failure to raise you, to teach you, to properly guide you on your path to manhood, your mere existence is being held responsible for seventeen more deaths—this time in Florida, and once again, at a school. The headlines of the last few days say it all:

“How Gun Violence And Toxic Masculinity Are Linked, In 8 Tweets”
-The Huffington Post

“Toxic Masculinity Is Killing Us”
-The Boston Globe

In the handful of decades I’ve been alive, I’ve seen America shift from a culture of responsibility to one of blame. We don’t solve problems anymore. We cry, we pray for, we seek to find closure, and then finally, slaughter a sacrificial lamb for our sins. When I was young and Columbine happened, that lamb was Marilyn Manson and video games. Before that, it was D&D and Twisted Sister. These days, though, as body counts continue to rise and excuses continue to vanish, the lamb America has chosen to sacrifice is you. Rather than take responsibility for the seeds we’ve sown, the culture we built, and the disaster you’ve been left to inherit, we as a nation have chosen to lie to ourselves. To listen and believe those who claim that the answer is simple: “Boys are simply born bad.”

As an aging Gen Xer watching this tragedy unfold, I can’t help but look back at my youth and realize we were the dry run for this “crisis of masculinity” as the media likes to call it. In my time I’ve watched as fathers were pushed out of the home, separated from their children, and their role in society debased and devalued. Like you, I was taught male behavior was bad behavior. That I was broken and needed to be fixed. Drugs, therapy, mass socialization were required to save me from my most innate instincts—

—the drive to create.

—the urge to protect.

—the desire for female affection.

Like you, I was told these instincts were not only wrong, but dangerous. That due to my Original Sin of being born a boy, I was destined to mature into a lustful monster and an oppressor of women. All this was burned into me before I even reached college, where campus policy actually assumed all men to be rapists waiting to happen.

It isn’t hard to see how we got here, to an age when America is more than willing to sacrifice its boys. To quote Fight Club, “We’re a generation of men raised by women.” And the women who raised my generation had a saying: All men are pigs. But there’s another saying those same women were enamored with and that is: The hand that rocks the cradle rules the world. 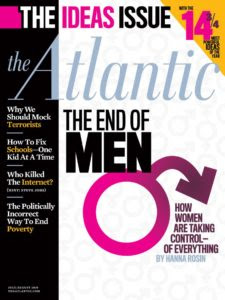 So here we are, coming close to fifty years of single mothers raising their boys as if they were animals. Two generations of young men raised to believe they’re broken, immoral, and dangerous. That their natural state, if left unchecked and unmedicated, is a sexual ticking time bomb of rape and abuse. Half a century of academia peddling a grim version of history that holds your gender personally responsible for all the wrongs ever to have happened in the world. And a press, that at this very moment, is blaming YOU for every school shooting to have ever occurred.

After all this, how could there not be a crisis of masculinity?

So to the boys and young men of America, believe me when I say it isn’t you who should be apologizing for the state of our world today. This mess was set in motion long before you were born.

You are not bad.

You are not broken.

You are not inherently evil or a sexual abuser in waiting.

You are boys who were robbed of your right to be men.

All your life you’ve been told to act, think, and behave like women. To suppress your passions, your pride, your need to compete and drive to achieve.

Now society is crumbling around us.

Feminizing boys didn’t make better men. It’s resulted in broken homes and shattered families and record suicide rates. It’s destroying any notion of a healthy partnership between men and women, and is pushing us ever closer to total collapse of gender relations.

Boys, we don’t need you to be like women, the world has plenty of women, already.

What the world needs now more than ever is for you to be men.

For you to grow-up, to grow strong, and do what men do. 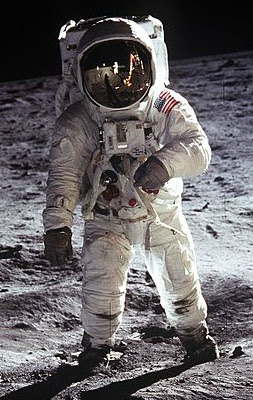 For it is men’s strength and determination that tamed the wilderness, built civilization, and has kept the world fed despite all predictions we’d all die starving before the year 2000. It’s men’s curiosity that lead us to explore the oceans, to conquer space, and peer into the tiniest of microcosms of the human body. It was men who built the cities we inhabit, the luxuries we enjoy, the medicines that keep us alive. Men built the road, the plumbing, the electrical grid, the phone in your hand, the internet it’s connected to.

Men have always been innovators, explores, defenders, and leaders.

But most importantly, men have always been fathers.

So to the boys and young men of America, please read this and take every word to heart.

The world needs you.

Josh Ishiro Finney is a working author, occasional artist, and creator of the graphic novels Casefile: Arkham, World War Kaiju, and Utopiates. He blogs at  jishirofinney.com