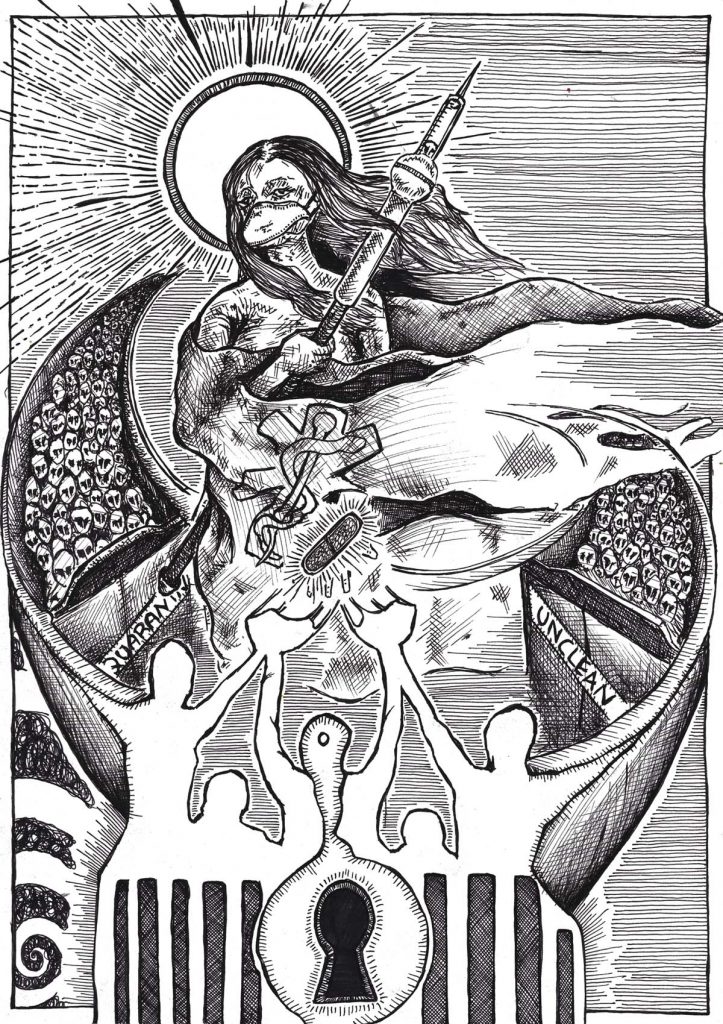 I would assume that none of you reading this are unfamiliar with the Twitterati; the last (and greatest) stronghold of the Serpent-cult. Perhaps, one could say, the praetorian guard of the feminist hivemind and the woke-ists.

Twitter, in all their censorious might and with all their obvious political leanings and/or agenda, has become nothing but an echo-chamber where the few, the proud, the underpaid that goes against the dogmas of the day have but a few days left to live their digital lives, lest the banhammer allmighty comes to claim their poor and blemished souls.

I would also assume that none of you reading this are unfamiliar with the kinds of venomous, disgusting, foul misandry spread throughout that hive of scum and villainy… it is not uncommon, for example, to come across the sentiment that one should seek to kill all men… often from fairly well-known, influential and well connected people.

Of course, it does not necessarily have to be the sentence “kill all men”. It could be something similar, some strange and peculiar variety of misandry on full public display. This has become so commonplace that ordinary people barely notice it, and if they notice it they either see nothing wrong with it or they join in on it. All for social clout; the social media likes and shares and whatever else that passes for social currency in this peculiar technocratic social credit system which we seem to embrace, even without being aware that this is exactly what we do and precisely where we are headed.

However: never mind my thoughts, feelings of ill will and other nebulous – he-he – “fascist” expressions of distrust and disgust towards the frenzy-whipped mob of social media slacktivists, delivered with run-on sentences straight from a Victorian novel. I swore that I would keep these ramblings short-ish, and so I will not go on a tangent, lest Tom holds back on the scraps.

I wanted to talk about the misandric nonsense spouted by adherents, adjuncts, acolytes and high-priestesses of the Serpent-cult of feminism and assorted woke-isms on Twitter. It doesn’t really matter which Tweet in particular; doesn’t really matter what nonsense is spat from their immediate pleasure-boost minds onto their keyboard and to their swarm of loyal followers. One could chose the ever-popular “Honestly, the Corona-virus isn’t killing men quick enough”, by feminist supreme Clementine Ford, (For which she apologized, with all the honesty of a drunk triple-A video game publisher), or one could look to any “Kill all men” (or similar) Tweet, written by frenzy-whipped social media addicts with little life and even less wit.

The Twatter or the Tweet doesn’t matter, as the results pretty much stay the same.

For the inevitable backlash (small numbers in the midst of all the supporters who, unthinking, cheer this nonsense on with all the lust, rage and ire of a stomping-boot mob wearing brown shirts and wielding torches and pitchforks), will be held forth by the mass-media pundits as proof positive of the horrible misogyny that these poor women have to encounter as they traverse the internet, brave beacons of equality-seeking knight templars that they are.

That many of those that Tweet such horrible, foul, disgusting and – unfortunately – not unusual idiocy are, in one way or other, connected to the mass-media pundits of propaganda and pre-programmed woke-ist responses are, oddly enough, of little consequence to the “truth-seekers” of the world… all of whom bend their knees and shake their heads and wipe their crocodile-tears at the horrors these poor women face. Even when they spew filth and venom with every stroke and whip and boot-kick of the keyboard.

This, I can not help but think, is a tactic.

For in spouting this nonsense and so receiving their much longed for backlash, they can point to the backlash as proof of the misogyny women face, and as such demand ever more measurements be taken so that they shall not have to encounter these horrible basement-dwelling incels, misogynists, various white supremacists and other right-wing extremists which they conjure forth from their allmighty book of the woke and the good and the true.

For they know damned well that the original Tweet which they Twatted so endearingly will be ignored completely by the world at large. A strange thing, in a world so hell-bent on the complete and utter subjugation of women, one should think – but such is the way of the worm and of the serpent. Nothing is what it is, and if it is what it is it is only because it is decided by the powers-that-be that it is what it is. Until, of course, it ain’t what it is, nor was it ever.

What a world indeed. Truly, we live in a society. Sort-of.

And so, what should be done with this is to not engage. To ignore it completely and utterly – on Twitter. To not rise to the bait on social media. To, in a sense, let them spew their filth into the halls that echo so wondrously, not to face any criticism on any social media. For my part, I never reply to their comments. I usually don’t report them either – unless that which is written goes against their own tenets, their own standards of behaviour.

What I believe should be done is what one should do with any such behaviour, be that in real life or on the internet – to ignore them completely. To not engage in a war of words with them, but let them fail to cause the conflict which they so very much long for.

People like this, you know, high-conflict people… they thrive on conflict. And the world of social media has handed them a whole new avenue in which to create this conflict, to not only thrive on it but to receive ever more brownie points and praise from their supporters, the people around them (a holy grail and golden apple for the narcissistically inclined, no doubt). And then, as a final diamond-blast through their frowned and furrowed forehead, they get to go on the news or to their blogs or to their whatevers and make themselves out to be victims of the whole debacle, thus scoring ever more social credit points and ever more opportunities to feed their horrible personalities. DARVO-ing from here until the end of time; the glorious doomsday-dance of victimhood supreme; the grandest initiation-rite of the Serpent-cult.

One should never engage these people directly. One should engage their nonsense indirectly, lest one stumble unwittingly into enabling them.

One way of doing this is, of course, to report them; to report their Tweets or Facebook-posts or whatever. As much as I cringe at the prospect of censorship, I will have to state that these people are the people that wanted these rules in place, these security-blankets in place, these chains and bars and padded walls. And so, they should have to live by the rules they created. One that lives by the sword shall die by the sword.

Anything else would be hypocrisy, now wouldn’t it? If – and when – this fails, one could point to this hypocrisy and then take it from there. Fat lot of good it would do, one would think. And one would be right. These god-damned tech-giants have become so powerful that they can do just about anything they want.

However: it is not about preaching to the woke-ists; not about changing their minds. It is about reaching out to those who are either on the fence or completely unaware and oblivious.

A horrible “fringe right-wing conspiracy theory” can only remain a theory until it is proven. If it becomes mainstream, it can no longer be considered fringe. If the population at large turns against the prevailing narrative, things will slowly change.

Propaganda, (which a lot of this feminist/woke-ist nonsense clearly is, through the might and afwul power of the mass-media pundits), after all, is not about making people believe that which is spat and spewed and spouted. That is just a happy side-effect. Propaganda is about making those that do not believe in it feel as though they are completely alone in their opposition. Through not confronting the Twitterati directly, but confronting the entirety of the ideology that allows this venomous hatred indirectly; the path of “non-violent resistance”, if you will allow me some romanticism, there is a greater change of turning heads and turning minds and turning opinions. There is also a phenomenal chance that those who oppose, but who feel alone, will feel less alone and so will dare raise their voices in opposition.

Hell; that’s what made me start writing about this.

Moiret Allegiere (Born 1986) hails from Norway. A self-described scribbler of lines, juggler of words and weird pseudo-hermit, he became so concerned with the state of the world that he left his long and deliberate hibernation to wreak bloody havoc on the world of fine art and literature.

HOWLING AT A SLUTWALK MOON

BUT YOU WILL NEVER GET MY LEATHER JACKET

FOR THE SAKE OF MY BEARD

For the Sake of My Beard Available on Amazon HERE

HOWLING AT A SLUTWALK MOON VOLUME 2

Howling at a Slutwalk Moon Volume 2 Available on Amazon HERE

FEMINISM: THE BREAKFAST OF CHAMPIONS (AND WHY I AM FASTING)

Feminism: The Breakfast of Champions (and why I am Fasting) Available on Amazon HERE