Men’s Issues and Creativity: An Excerpt from a male friendly novel The Coriolis Effect

We are living in a misandrist world and very few people are even slightly aware of this.  In order to chip away at this we need to work to inform the public with sites like menaregood and many others.  However, the power of story is what has gotten us into this mess with the feminists perpetual voicing of one sided narratives that focus on female victimhood and female positives and leave out men and boys except as the perpetrators.  Men are extraordinarily creative, just look at the world’s best writers, artists, composers etc.  We need to start using those skills to unearth the reality of men’s issues and that is just what is done by the book that is excerpted below, The  Coriolis Effect.  Read the excerpt, if you like it, buy the book, tell your friends, spead the male friendly creativity as far and wide as you can.  And remember, men are good.  Tom Golden 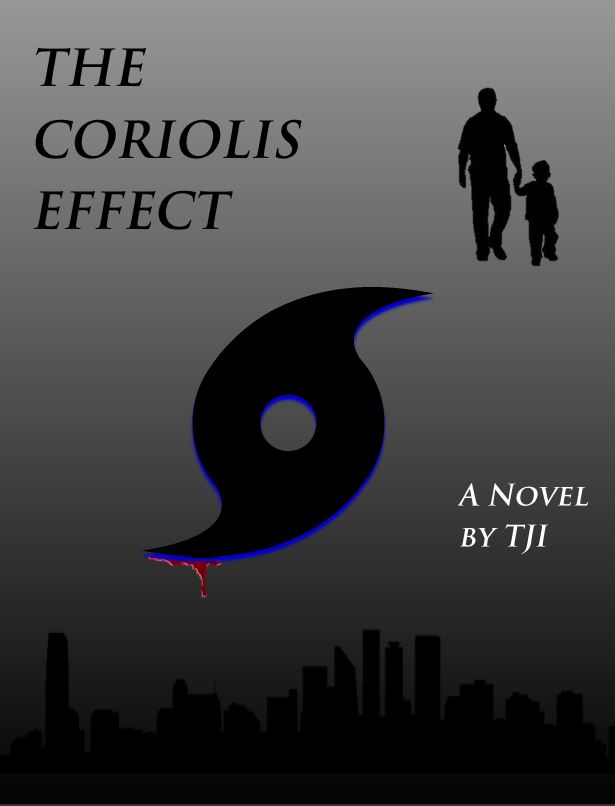 A novel—a crime thriller—on the goodness of masculinity in an era of toxic feminism.

A massive hurricane is descending on New York City, but Marco has bigger problems. His dad is a disgraced city cop who can’t accept responsibility for a fatal car crash. Fired from the force, he now works security for the Metropolitan Museum of Art, which should be a safe gig… but isn’t.

A drug cartel is planning a museum heist. They will use stolen art to launder money from cocaine, smuggled inside eviscerated cadavers—and they are blackmailing Marco’s dad to assist. Meanwhile, in the face of the incoming cyclone, Marco must reconcile with his father’s past or be swept away, their relationship forever destroyed.

The tentacles of the drug cartel thrash against New York, Jamaica, and even Rome as the Coriolis Effect induces the cyclonic force that upends Marco’s life while he struggles to understand himself, love his father and stop the criminals who would disgrace his dad—again.

This is a story of a turbulent transition, and a man’s first time with a woman. It is a male-positive story in which the violence is extreme; the passion explicit; the love sublime. The respect for women is profound; the empowering of masculinity, unashamed.

I dedicate this novel to the reader’s father

“For every crack in that glass ceiling, there is a man buried in Arlington for building this house.”

CHAPTER 1: A TROPICAL DISTURBANCE
The two tourists spent more time sightseeing than steering and didn’t see the yellow school bus barreling down on them as they rounded the crest overlooking Montego Bay.

After somersaulting off the cliff, their scooters sailed into the bay while their bodies plunged to earth and exploded in a burst that painted red blossoms on the plaza. Many of the onlookers got their first look at human organs, while children rushed into the waves to fish out two new motorbikes.

Locals said the gods selected their sacrifice by spinning the wheel of misfortune; but in the moon-shadows of the palm trees, they whispered another story: that someone needed two large shipping crates in a hurry.

Later that day the bodies were brought to the island mortician and his assistant, Astride. They worked in a small mortuary on a narrow dirt road that sliced through a canyon that was carved by the floods that follow the hurricanes.

“M’Lord, they were fat as whales,” Astride whispered, as she stuffed seaweed into the voodoo doll in her left hand.

“They’re just shells now,” the mortician replied, just before taking a bite of his tuna-fish sandwich.

“We are all to be forever,” Astride added. A second, finished, doll lay on the table by the rear door.

A lung and liver lay on a surgical table. On the bookshelf-a bag of potato chips, a Diet Pepsi, and a kidney. An eye floated in a dish atop a plywood crate kept as a spare for the next stray family that couldn’t afford a coffin.

“Please set that down, come here, and take this,” the mortician snapped, holding out a bloodied surgical rag.
“That eye be watching me,” Astride answered, pointing at the ownerless eye, while she shielded herself its gaze with the voodoo doll.

“Stop looking at it. And finish your project later. I don’t pay you to be a witch doctor. Put down the doll and come here and help me,” he snapped as he turned back to the table.

Astride took the bloody rag and tossed it to the table by the back door. She wiped her hands on the yellow and green stripes that zig-zagged across her black dress; but she only managed to smear the red blood into orange streaks.

The mortician was a large man. His belly folded over itself and new layers protruded each year. “My grandchildren use my belly as a staircase,” he often would joke, as if laughter and food could camouflage his work’s reality.

Astride avoided the eye and searched the distant hill beyond the window. When the bodies were delivered, they were told to prepare for a visitor.

“When will they get here?” she asked as she wrapped chaparral vines around the doll. She set down the doll near the first one on the table and took a step closer to the window.  “When they get here,” the mortician replied.

“Can’t think so good with this anxiety,” she continued as she fanned herself with her hands. Her crimson painted fingernails flailed around her head.

“You sound like you’re excited to see them,” the mortician said, and added, “I’d rather you focus on this work.”

“Hard to work with an eye on the coffin,” Astride whispered.

They heard a van drive up, a door slam, and the sound of approaching footsteps crunching the gravel in the driveway.

Astride looked into the mirror that hung near the rear door to the back garden and studied her face. She pulled down her dress, tightened her hair bun, smacked her lips and turned to face the front door.

Across town, Mr. Walker turned his head toward the orange glow in the distance. He stepped onto the newly orphaned sailing yacht and the warm scent of citrus followed him.

In the distance, he saw the yellow headlights of a van approaching. It drove along the pier and up to the where the boat docked. Several shadows emerged and transferred the caskets to the yacht. One shadow handed Walker an envelope.

“You’ll get the other half when you arrive,” the shadow whispered.

“They’ll find you,” the shadow replied as it dissolved back into darkness.

The van pulled away, leaving Walker alone under a mist of starlight.

He unlaced the mooring line’s knot, and pushed from shore.

The boat barely moved and only rotated in place as the Milky Way seemed to spiral above his head. He had to use the motor to slip into the wake of Hurricane Nicholas which had cleared the sea of ships earlier that week.

The scent of citrus he brought onboard was soon washed away by the salt air.

“Only thing to worry about now is sea dragons,” he thought as he gritted his teeth.

“Three of us on board,” he whispered as he steered out of the harbor. The shoreline faded into darkness as he added to himself, “and two of them don’t talk no more.”

He remembered the legends about the Bermuda Triangle and about the creatures that wash ashore on nearby islands.

“Don’t wanna be seeing any of them alone on this trip,” he implored the moon. “Only empty shells now and don’t talk—they be bones, no more.”

The stars reflected with pinpoint perfection on the sea before him. Behind him, the sailboat shed moonlit vortices over the ocean. The two diverging streams of the boat’s wake—a silver necklace adorned with white whirlpools—gripped his focus as he continued looking toward the past.

“May have to use this engine the whole way,” he shouted, as he turned forward. “No wind tonight!”

But he was wrong. A wind was blowing, and a storm was rising—two storms: two bodies and two stories.

Just off the coast of Africa, a high-pressure system was developing. This system would begin pushing warm air out over the ocean. The warm air would meet a low-pressure zone and the wind would stream inward. The earth’s rotation would redirect the streamlines into a vortex swirling around a central eye. This will take some time to develop.

Meanwhile, another storm was accelerating far to the north. This storm had been percolating for years; it had been simmering almost as long, it seemed, as the Red Spot has been fuming on the planet Jupiter. It is a storm between a father and a son who have forgotten how to talk with each other. Like any storm that was finally beginning to spin, it had its own center, its own voice, and its own eye.

CHAPTER 28: AND THE WOMEN WHO LOVE THEM

With her, I will share the man I will forever become. I love being a man, and she invigorates my respect for masculinity; helps me see the common thread all us men share. When my respect for the beauty of men flows spontaneously and without reservation, I feel connected to masculinity and its goodness. While I accept the gender fluid, I embrace the gender solid. For women are beautiful; and my way of transcending the binary and accepting my own femininity is by love for all women through one woman. My masculinity that I share with Cyrise, in fusion greater than its parts, is not a performance, and it is not one of many; it exists without an audience-it is the sound of a tree growing in the forest.

The author holds a BA in Art History from Columbia University and a Ph.D. in Engineering from the University of California, San Diego. He is currently a professor in the US and also in Europe, where he lives with his wife and two children.

He wrote this novel as a gift to his son. It is a novel on the goodness and beauty of men and masculinity in an era of toxic feminism.