“Men should be like Kleenex. Soft, strong and disposable.”  Cher 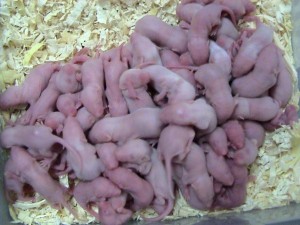 The world can be divided into two camps, one camp believes that men are disposable and the other believes that men deserve the same choice and compassion that is afforded to women.  The first camp is almost everyone and the later is as rare as a purple sheep.  Almost everyone believes that men “should.”  You know, men should die in wars, men should die at dangerous jobs, men should work full time to provide for a family, men should be the protectors etc etc.  Whether it is the media, our legislatures, our universities, our entertainment industry, our courts or the general public, the default assumption is that men are disposable. Men SHOULD ignore their own needs and focus on the needs of others. It is so much the default that most people have never considered anything else.  It’s like asking a fish about water.  It’s what he lives in, what he is swimming in and his entire world revolves around it.  Try telling mr fish that he has water all wrong and see what happens.  Even more interesting is to try and tell someone from the “men should” MAD (Men Are Disposable) camp that men deserve compassion and choice.  You will usually get fireworks since these concepts go against the grain of men being disposable. You don’t offer compassion to a plastic fork, or a paper towel. Those are disposable.  Just toss them out.  You don’t give those who are disposable choice and compassion.

Take Hillary Clinton as an example.  It was the default cultural belief of the disposability of men that allowed her to say “Women are the primary victims of war.”  If anyone had compassion for men they would have cried out at the insensitivity and hatred that such a statement carries as it ignores the pain and suffering of millions of dead men.  Just imagine Bill Clinton saying “Men are the primary victims of breast cancer.”  He would take a terrible political beating.  Even though he is using the same basic idea as Hillary, that those left behind are the ones who are the primary victims.  Somehow it just won’t fly if men are those who are being left.  Why  not?  Because men are seen as disposable and conjuring up compassion towards them is beyond most people.

But why is that?  Why is there a connection between being seen as disposable and then not giving choice and compassion to that group?

Have you ever known anyone who owned a large pet snake?  Those who own large snakes as pets need to feed them.  Guess what the diet is?  Little teeny mice.  They go to the local pet store and load up on these little twinkies and keep them handy for feeding time.  Does the owner have an urge to get close to the mice?  No.  Does he have endearing names for them?  No.  He stays detached from them and uses them as fuel, not as beloved pets.  These mice don’t get any compassion, that would be silly.  They also don’t get any choice about their lives, they are simply there to sustain the life of something much more beloved. When you are the disposable one you will rarely get compassion and choice.

Just imagine that the snake owner decided to give a mouse choice.  What do you think the mouse would say?  He would likely say “No, I choose to not be eaten by the snake.  Then other mice would do the same thing and how would the owner feed his beloved pet if the mice went on a disposability strike?

And what would happen to our culture if men went on a disposability strike?  We can see this in microcosm when someone suggests that men deserve choice and compassion.  In other words, when someone asks for a man to be relieved of his disposability.  (Maybe suggesting that men get services as victims of domestic violence or some other situation where compassion is considered for men.)  What happens?  What is the defense against a man escaping disposability?  The MAD people get upset and the first line of defense is to call the messenger a whiner.  He’s not a real man.  A real man would just let himself get eaten by the snake!  Next they turn to calling him a fanatic, hostile, a loser, a lunatic, and my personal favorite, a hater of women. Mice must hate the snake if they refuse to be eaten! How will the snake survive?  You mean mouse! This mouse doesn’t care about the snake (women) at all, he is putting his own needs first. They are more interested in their own lives than they are in dying for the benefit of the snake. All of this arm waving by all of these MAD people is simply a diversion from discussing the importance of treating everyone with compassion and offering as much choice as is possible to each.  In today’s world men rarely see compassion.  We don’t have anything near true equality.

If we give men choice and compassion what will happen? Will they choose to stop dying in wars?  Who will die then?  Women?  Nearly 100% of people would not accept that.  Women are not disposable.  Will men stop laying down their lives for others? Will they choose jobs as secretaries rather than risk death on jobs being loggers, roofers, trashmen, electrical linemen etc.  You see, if men had choice our world could change drastically.

We have experienced some change over the last 50 years as women have experienced a shift in roles but this shift has not threatened the fabric of our culture.  If men stop risking their lives our culture will experience a huge change, a change that likely threatens the bedrock of our way of life.

Think back fifty years ago and remember the default assumption of women being housewives.  We have broken that rigid idea over the years but have yet to even be aware of the rigid roles that we expect of men.  We have a long way to go. What are you doing to break down this rigidity?