The Manmade Plague of Fatherlessness

One of the most damaging things that has ever impacted our culture is fatherlessness.

Back in 1965 Departent of Labor Secretary Moynihan did a report on the inner city and his report showed that it was not race or poverty that had deteriorated the inner city African American community, it was the absence of dads.   We knew at that point, in 1965, that not having dads in the home was seriously injuring our families and our children.

But what did we do? Our politicians both from the left and the right marched ahead and did more and more to remove dads from homes. We went from Father knows best to father is a pest. Government slowly took on the role of substitute father. Welfare demanded no dad at home in order to get that welfare check. No fault divorce was instituted and then we created bogus expensive echo chambers called family courts that routinely removed men from their homes after they had depleted whatever income and savings the men might have had. We glorified single motherhood which was actually the root of our problem while we demonized males as being the source of all of our difficulties. It is hard to imagine a more sinister plot to ruin our country. Now we spend billions upon billions of dollars failing to fix the symptoms of fatherlessness while simultaneously turning a blind eye to the real problem, the chronic absence of dads in the home.

We are at the point now where nearly 40% of all school age children in the United States are not living with their father.

The research tells us plenty about this mess. Here’s a list of problems that are related to fatherlessness: 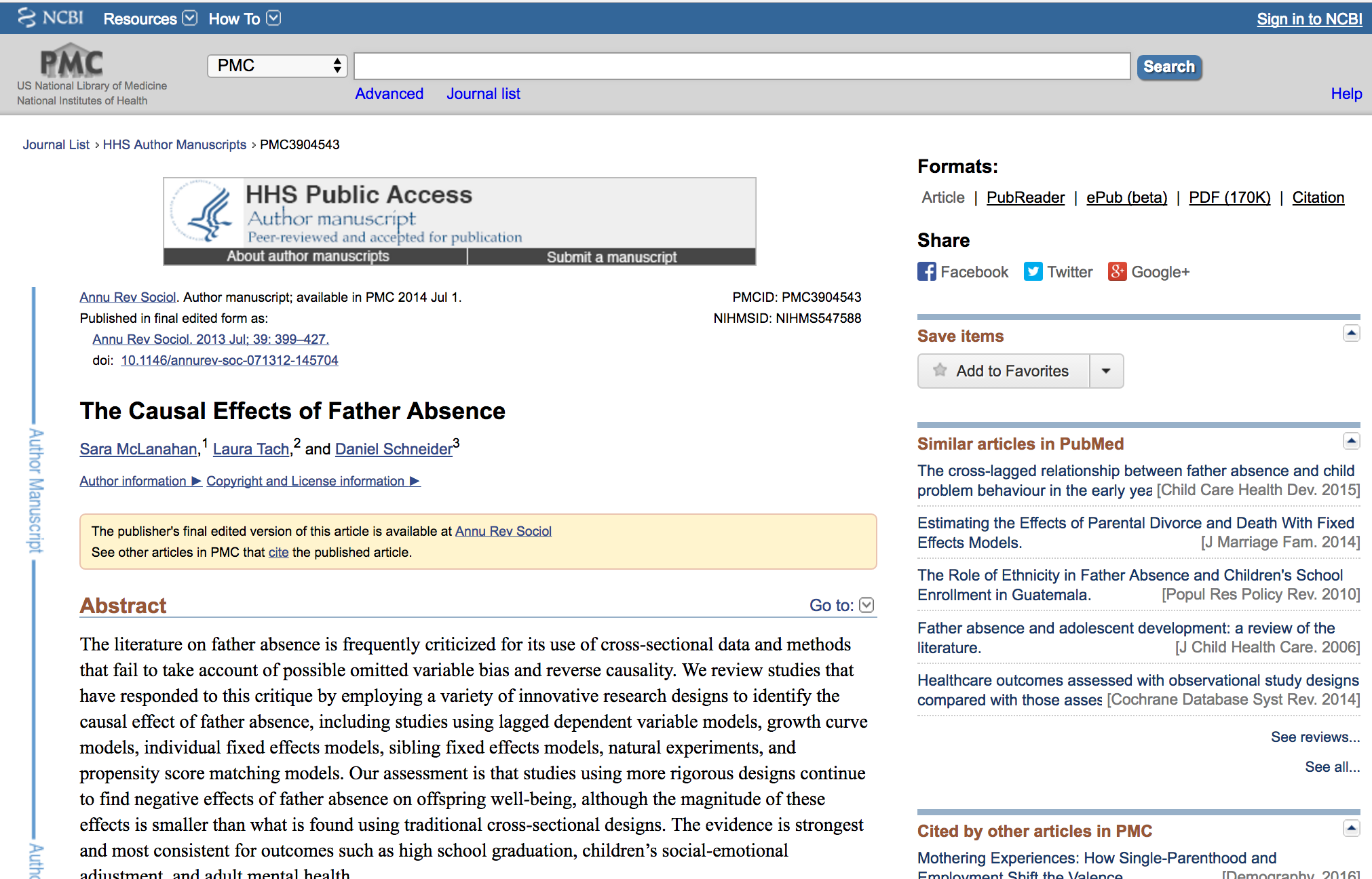 McClanahan points out that the evidence is strongest for outcomes such a s High School graduation, Children’s social emotional adjustment, and later adult mental health but there is plenty of data supporting all of the others.

A longitudinal study found that the strongest indicator of empathy was father presence in the home. So often we assume that mom is the empathic one and would be the one to teach the children about empathy but the research shows something very different. In fact it showed that the importance of father presence was so critical it was three times as important to the child’s later empathy than the top three factors from mom combined.

Why would dads be connected to empathy? I am sure you are wondering this as did the researchers. Most are thinking now that it is the dad who sets the limits and does not back down or waver. Think about it, the child says I want my ice cream and dad says, nope, not till you eat your broccoli. The child says, no, I want ice cream now, dad says nope, broccoli first or no ice cream. This goes on for a while until the child realizes that dad will not back down and so they eat the broccoli and then get the ice cream. What happened? One element in this is that the child had to see the world through the father’s eyes. They couldn’t simply see their world through their own desires, they had to see them through dad. It turns out this act is practice at seeing the world through the eyes of another and this is actually the critical rudiment of empathy. The capacity to see the world through another’s eyes. If we can’t see the world through another’s eyes we will likely stay  in our narcissistic and self centered world. Dad’s limit setting is essential for the maturity of the child.

This is a stunning finding and if true you would expect to see a diminishing of empathy among our young people that would correspond to the increasing lack of dads in the home. Guess what? That is just what we see. A study showed that empathy was down 40% in 2010 college students compared to those in the 1970’s.  This 40% drop was from negative responses to questions like this one  “I sometimes try to understand my friends better by imagining how things look from their perspective.”  Wow.

Could  this drop in empathy be related to fewer dads at home? My guess would be yes.

So dads set limits, what else do they do? They roughhouse! 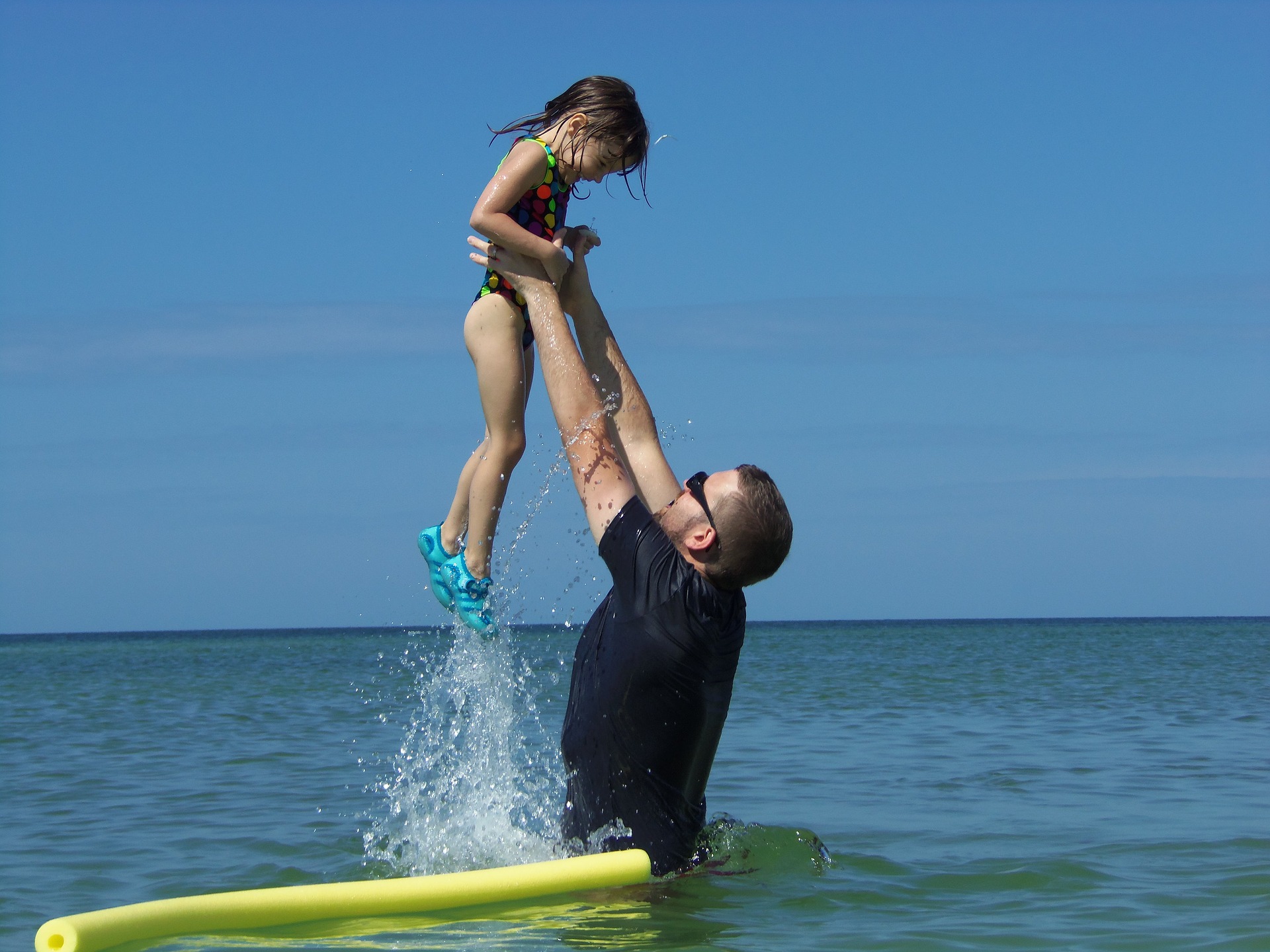 Guess what is being found about rough housing with kids? Research shows that roughhousing helps the kids be more socially adept and fosters their resilience. It teaches them the difference between play and actual aggression. When dad roughhouses they learn that being rough can be fun. They also learn the limits in this fun as dads tell them when they’ve gone too far.

And what about dads throwing their kids up in the air? Ever seen that? The dad throws them up and the kids scream with delight while mom frets and complains! The kids love it and dad knows exactly what he is doing. Guess what, they have found? Children who are tossed in the air are better able to take risks as adults. Again, this is a behavior that dads do automatically, both they and the kids love it and it has huge positive impact on their later development.

It’s hard to imagine how many other things dads do with kids that have been shamed that are actually helpful to their children? I am sure there is more to learn about this.

It seems very clear that dads are a crucial part of a child’s life. It’s also clear that certain groups have been trying to minimize this for decades. Politicians, feminists and lawyers come to mind. I think these groups owe dads and men an apology. It’s time we all worked together to be sure that dads and moms both have time with their children. .     Also know that there are some excellent organizations that are fighting hard to make this happen. Leading Women for Shared Parenting and the National Parents Organizations are two doing this important work. Check them out and support them!

My thanks to Warren Farrell who has been sharing chapters of his yet to be published book on boys. Some of this was used for this video.   It’s due out in March. We are all in for a treat!

Let’s not forget, men are good, as are you.