War against boys. Are the ADHD Drugs Unsafe? 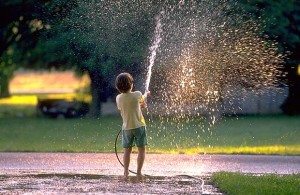 Have you heard anything in the media about the meds used for ADHD being unsafe? I would bet not. But guess what? There’s been quite a bit of scientific data pointing towards that very possibility. Just have a look at this page:

Leonard Sax, M.D. has been pointing out these potential risk factors for some time and I can’t remember seeing any articles in the news media other then those written by Sax.

The worst thing about these potential side effects and brain changes resulting from these meds is that they center around de-motivating the boy. The very thing that the medicine is trying to do, to help him focus, is negated by this potential impact of simply not wanting to get out of bed. Here’s what Sax says in his excellent book on boys, Boys Adrift:

“The stimulant medications appear to exert their harmful effects by damaging an area of the developing brain called the nucleus accumbens. Independent groups of researchers at the University of Michigan, the Medical University of South Carolina, the University of Pittsburgh, Brown University as well as in Sweden, Italy, and the Netherlands all have found that exposing laboratory animals to these medications, even at low doses and for short periods can cause permanent damage to the nucleus accumbens, the part of the brain that is responsible for translating motivation into action. if a boy’s nucleus accumbens is damaged, he may still feel hungry, or sexually aroused. He just won’t feel motivated to do anything about it.”

Sax states that we can’t be certain yet about the damage in humans since the evidence is not fully in. However, he asks parents a simple question: Would you like to volunteer your son for a trial?

Most parents would say no. But that is only if they know the dangers. At this point very few people seem to know these drugs may be risky.  I have seen no headlines, heard no “60 Minutes” reports or specials on NPR. I have heard nothing about the possible risks involved. Silence. Just consider what might happen if medications used for mostly girls were found to have a similar risk. There would be a firestorm of articles about the misogyny of the medical professionals and the pharmaceutical companies labeling them as patriarchal evil doers and oppressors. It would likely be front page material. But not so with boys. 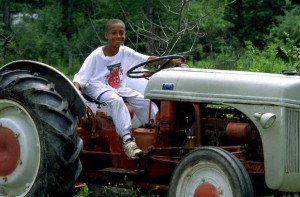 But it gets worse. The media is usually informed by medical professionals and those folks are simply not speaking up, or worse yet, they are saying the opposite. Take Dr Biederman for example. Dr. Joseph Biederman is the chief of pediatric psychopharmacology at Massachusetts General Hospital. You know, the hospital associated with Harvard University.  Here’s a bit from Wikipedia about Dr Biederman:

In 2007, Biederman was ranked as the second highest producer of high-impact papers in psychiatry overall throughout the world with 235 papers cited a total of 7048 times over the past 10 years as determined by the Institute for Scientific Information (ISI).[2] The same organization ranked Biederman at #1 in terms of total citations to his papers published on ADD/ADHD in the past decade.[3]

Biederman was the recipient of the 1998 NAMI Exemplary Psychiatrist award. He was also selected by the Massachusetts Psychiatric Society Awards committee as the recipient of the 2007 Outstanding Psychiatrist Award for Research. In 2007, Biederman received the Excellence in Research Award from the New England Council of Child and Adolescent Psychiatry. He was also awarded the Mentorship Award from the Department of Psychiatry at the Massachusetts General Hospital.

This is someone who’s opinion is counted by all and especially by the media.

And what does Dr Biederman say about these drugs. According to Sax he has been “strenuously encouraging” their use. Why would the head of Harvard’s hospital pharmacology not mention the risks of these drugs? Well, we don’t know but we do know one thing, Dr Biederman received 1.6 million dollars from the pharmaceuticals and never bothered to tell anyone. You do the math.

Then there is Dr. Fred Goodwin, former chief of the National Institute of Mental Health (NIMH). Apparently Dr Goodwin has been singing a similar tune about these drugs being safe and guess what? He has now been outed as getting 1.3 milion dollars from the pharmaceuticals.

How many more Biederman’s and Goodwins are out there? Maybe these doctors are part of the reason we haven’t been hearing much?

Parents need to know the risks involved. If the media and our medical professionals won’t do it, we need to. Send this article and its links to parents who might need to know this information.

More from Leonard Sax, M.D.
Risky, Even Used as Intended
More info on Biederman, Goodwin and the kickbacks.
Boys Adrift on Amazon (on Kindle)