Why is it that men’s grief is so invisible?

For a much more detailed version of these natural paths for men and to see how they do actually heal and deal with their feelings you might want to check out my new and very inexpensive ebook The Way Me Heal.

Why is it that men’s grief is so invisible? What do you think? 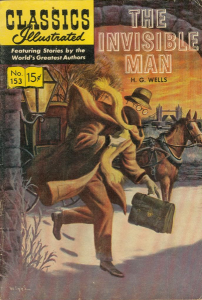 A third element that makes men’s grief invisible is the fact that our culture expects men to be independent and punishes men for being dependent. A dependent man is not seen as a “real” man. Is it any wonder that men avoid open expression of emotions? Here’s a quote from Peter Marin from an excellent article he wrote titled “Abandoning Men: Jill Gets Welfare–Jack Becomes Homeless”. Marin says: “To put it simply: men are neither supposed nor allowed to be dependent. They are expected to take care of others and themselves. And when they cannot or will not do it, then the assumption at the heart of the culture is that they are somehow less than men and therefore unworthy of help. An irony asserts itself: by being in need of help, men forfeit the right to it.” Exactly!

A fourth element that makes men’s grief less visible is that men tend to live in a dominance hierarchy. We are all aware of the dominance hierarchy of the Big Horn Sheep with their head butting but few of us are aware that human males are now being seen as living within a similar hierarchy. Within this hierarchy the males strive for status in order to improve their reproductive success. Usually this is done in niches and small groups where males compete but it can manifest on a national or international level. The important point here is that men will strive to portray their best sides in order to insure the best possible placement within the hierarchy. Of course this also means that they will have ample reason to want to conceal “weakness” and “dependency” and that of course includes their more tender emotions.

Women may scoff at this since they don’t have the same experience in this sort of hierarchical arrangement….except for one spot, attractiveness. Women will tend to compete with each other in a hierarchy of attractiveness. Ladies have you ever tried to hide or conceal a part of yourself that you see as less attractive? If so, this is very similar behavior to men not wanting to publicly emote.

The last element that makes men’s grief less visible is their unique biology. The impact of men’s hormones and their likelihood of having a “masculine” brain both play into men’s processing of emotions. Men have about 10 times the testosterone as their female counterparts. This seems to play a role in the processing of emotions by limiting emotional tears and diminishing the man’s ability to articulate his emotions as he is experiencing them. Both of these qualities have been badly misinterpreted with men all too often being seen as cold and unfeeling.

Men’s grief is simply less visible. When people start to understand these differences they are in a much better position to not judge men unfairly. All too often men are expected to emote and process emotions in the same way that women do. Women are seen as the default and men who fail to compare to that standard are deemed deficient. We need to see each person as an individual and avoid the trap of expecting them to be like ourselves. We are all different. Viva la difference!

Tom Golden, LCSW has written two books on the way men heal and has co-authored a third. Tom’s work has been featured in CBS Evening News, CNN, ESPN, The NFL Channel and many others. His latest book “The Way Men Heal” is available now at amazon as a kindle book. He offers online consults for women seeking to get closer to the men they love.  [email protected]