The media is all about women as victims and their emotional pain.  It is also about men as villains or heroes.  The last 50 years has made a dent as the media has begun portraying women as villains and heroes but has failed miserably in seeing the emotional pain of men and boys. Have a look at this article. The article is about three male reporters who were being sentenced to jail.  Note that the picture that accompanies the articles doesn’t show the men in pain, or even the men feeling uncomfortable, it shows one of their wives in tears!  This is just the way it goes in our gynocentric media.  Men’s Problems, Women’s Emotions.

I have worked with men and women in trauma for many years with a focus on men and boys.  It has been very clear for decades that in the media articles about those who are suffering from trauma the women get the lions share of the coverage.  The men?  Well, you know. 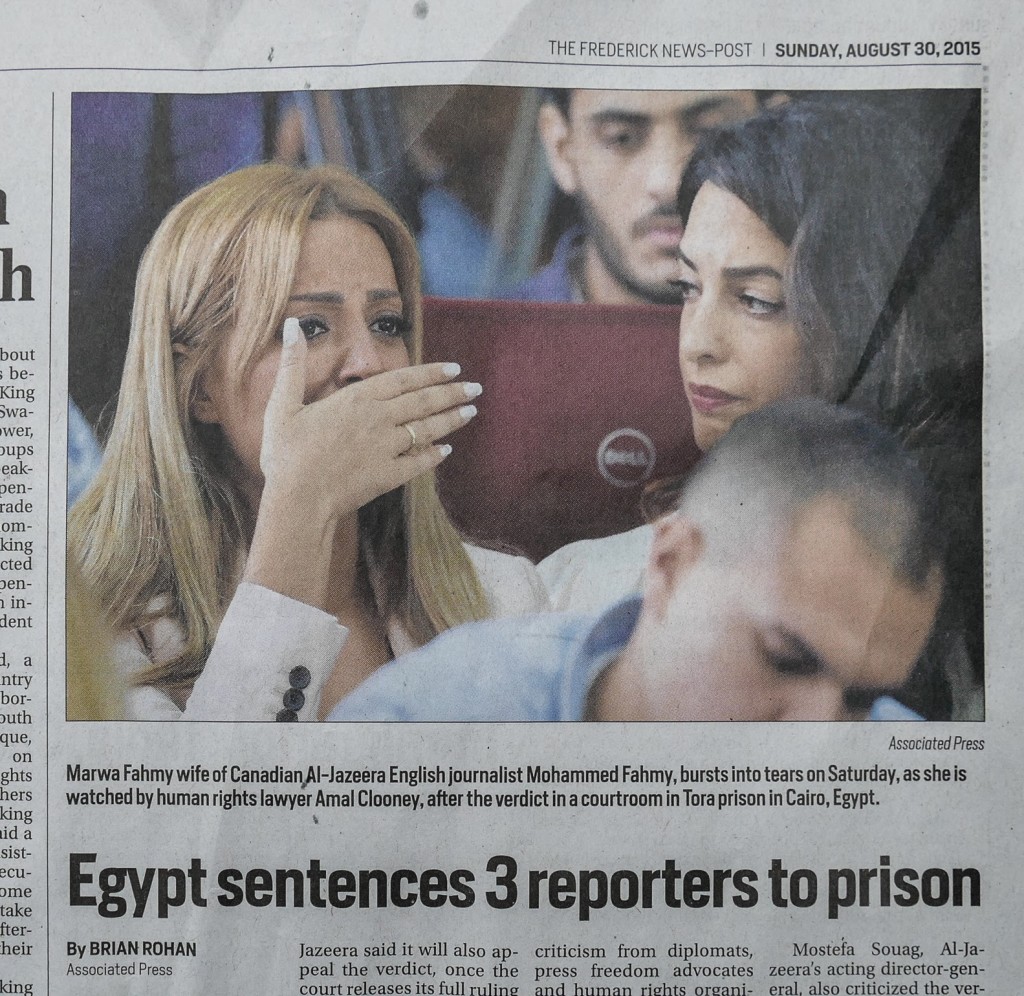