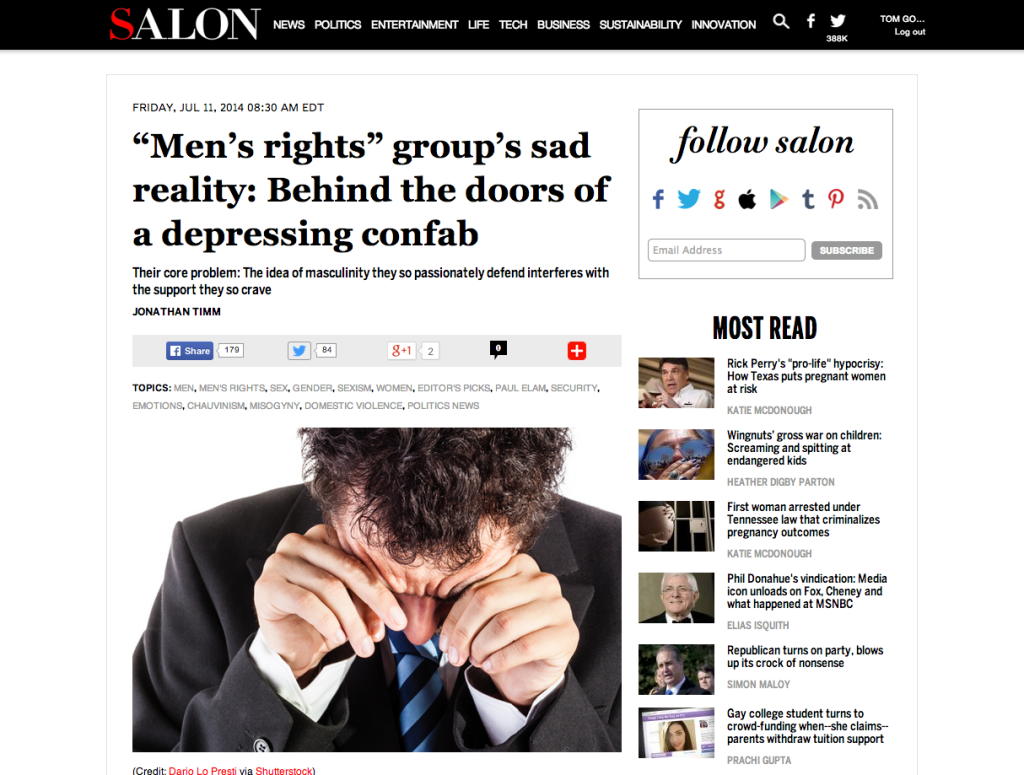 Thanks for including me in your article.  While I do appreciate being included I feel that you didn’t seem to portray the talk in an accurate manner.  I thought I would post here and offer the basics that you seem to have missed.  I would encourage everyone to have a look at the free video on youtube and judge for yourself the accuracy of this article.  http://youtu.be/h7yaH-DVbYQ?t=2m34s Here are the main points:

You can’t say all men heal one way and all women heal another. It is much more complicated but it is fairly safe to talk about most men and that is what the talk considered as will this post.

1. Most men will process their emotions in a way that is very different from the cultural default.  They will tend to use action, inaction, and honoring to do so.​​2. Men do this for many reasons but the main reasons that were discussed in the talk were that a man’s emotional pain is taboo in our culture. The second reason of four was that men are expected to provide and protect and this expectation includes a powerful expectation that men avoid any form of dependency.  When men are seen as dependent they are often judged as not being “real men.” Men are not dumb enough to fall for that trap.3. There are physical reasons for these differences starting with the large levels of testosterone that boys (and about 18% of girls) receive at about 2 months in utero.  We discussed the probable impact of this on the processing of emotions.  The work of Shelly Taylor (The Tending Instinct) showed us that when stressed, men and women have different paths to cope.  Men tend to fight or flight.  That is, they tend to connect their stress with action or inaction ​while women do something very different.  Taylor found that women will “tend and befriend.”  That is, women will move towards INTERACTION when stressed.  This contrasts with the men’s tendency to move towards action and/or inaction. This important bifurcation starts to help us understand our differences in processing emotions.4. The talk then gave two examples of the way men heal.  We discussed Eric Clapton and the way he worked with his loss following the sudden death of his young son.  We also discussed Michael Jordan and his ways of coping following the murder of his father.I have been working with men in emotional pain for over 30 years and having someone write that I said “Men shouldn’t be expected to open up emotionally” is pretty shocking and inaccurate.  I said nothing of the sort.  What I did say was that men have a very different way to process their emotions and we need to factor that in when we help them connect.  The material I presented was a summary of what usually takes 3-4 hours to get across. Many details were left out due to time. If you have any interest I have written two books on the topic, Swallowed by a Snake: The Gift of the Masculine Side of Healing, and the more recent kindle book “The Way Men Heal.”